Along with my business partner Guy Moore and as an initiative from Malcolm Moore Media, we have developed an interactive educational app that is available on the Appstore now. Below are some of the details. 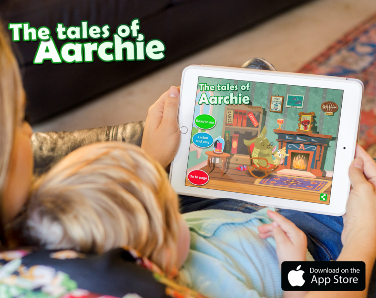 How an Armadillo is teaching kids the English language.

But they are about to be superseded by a new storyteller.

He is called Aarchie and he is an Armadillo. He changed his name by deed poll to be ahead of the Aardvark in alphabetical order in the English Dictionary. Aarchie learnt to love the English language when he stumbled across a Dictionary in his native land of Patagonia. One of the first things he discovered was the English quirk called the Homophone.

Homophones are words that sound the same but have different meanings and are spelt in a different way. For instance, sore and saw, horse and hoarse, whole and hole to name but a few.

Aarchie takes us on a spell-binding and educational adventure, with a host of other colourful characters, using homophones to take him from one scenario to the next.

His story-telling prowess is now available on the app store to be downloadable on iPad and tablets.

This takes learning English to new levels of interaction and fun for kids between 5 and 9 years old.

Children can learn the meanings of particular words and their different spellings whilst engrossed in a magical tail, or is that tale? Mums, dads and teachers can teach children at the same time as entertaining them, which has been proven to stimulate cognitive learning more effectively by scientific boffins.

The characters and storyline were written by Tony Malcolm and the art direction was from Guy Moore who also supplies the voice on the app.

The beautiful vector illustrations are from Les Spink who spent many years developing the game Angry Birds with Rovio.

The Tales of Aarchie is fully compatible with the digital world thanks to a hugely talented development team and has a Twitter, FaceBook and Instagram account as well as dedicated website. Aarchie will soon be available as an ebook on Android and good old fashioned paper version available in good book stores.

The app is the first of many instalments as Aarchie explores other areas of the English language like idioms, antonyms, palindromes and the origins of words both traditional and those entering the English language year on year as the vernacular expands with modern developments.

Why not introduce yourself and your child to Aarchie today. We guarantee it will be the start of a beautiful relationship so the legacy of English can be passed down through the generations by the new King of Storytelling.

Long may he rain, no rein. Sorry reign.

Here he is. Our Armadillo friend Aarchie. Yes, he can fly planes as a multi talented Armadillo who has a penchant for telling tall tales. His imagination runs as wild as a kids appetite to learn. He even comes in a Lite version for free , so try him out. https://itunes.apple.com/gb/app/tales-of-aarchie-lite/id1140265645?mt=8 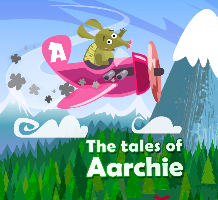 Through his journey on the app, Aarchie introduces us to a host of colourful characters that kids love and interact with. 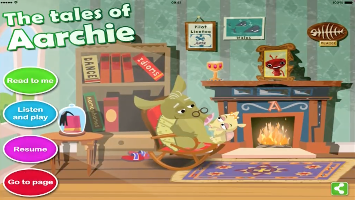 On the press of a glowing homophone, Aarchie is transported from being with an annoying Plaice to being in a place where he meets a Bandit Donkey. 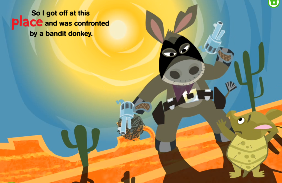 From that place that is dry and barren, Aarchie is taken to see a Baron on the touch of a glowing homophone. Great interactivity makes the storytelling really resonate with the imaginations of young minds and makes the learning experience fun. 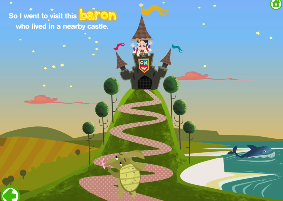 Print | Sitemap
© Tony Malcolm all rights reserved.Tony's mood can go up as well as down and past success IS a guarantee of future success.
Login